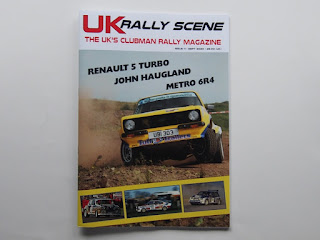 With a certain nasty ailment continuing to plague the country - sorry, I've forgotten it's name for the moment, perhaps the Government should remind us more often and give us more briefings and more advice to ensure we don't forget! - there isn't much in the way of motor sport taking place.

For that reason the latest issue of 'UK Rally Scene' magazine (out last week) has more cars and personalities than rally news and reports. And yet it still provides an excellent reason to kick off the baffies, sit back and enjoy the read.

There's one tale in particular that brought the hairs on the back of my neck to upstanding prickliness. Co-driver, navigator, note reader and general good guy, Phil Sandham related an experience with one Drew Gallacher Esq. 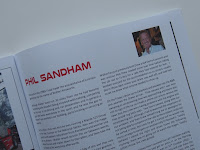 Wherever he went Drew's reputation went before him. He wore his heart on his sleeve, there were no airs or graces about the man, and he spoke his mind, honestly and colourfully coherently. His open-ness endeared him to a huge following just as it annoyed and upset those in authority and also those of a more cultured disposition who had lived a more sheltered life. It was water off a duck's back to the man.

What no-one could deny was his prowess behind the wheel. Even his detractors couldn't deny that. To see Drew at the wheel of a Mk2 provided a memory searing image. This was effortless fluidity in motion accompanied by a soundtrack that heightened the drama and the spectacle.

Phil captured that in his own recollections in this issue  - in fact I had to reach for a tissue! 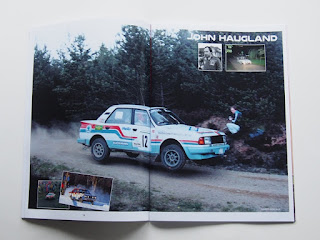 Elsewhere in the mag there is a lengthy interview with John Haugland and a couple of articles on cars, the Austin Metro 6R4 and one man's passion a Renault 5 Maxi Turbo. That also brought back memories. I had one of the first Renault 5, roadgoing 1.4 litre GT Turbo's on test for a magazine which coincided with the annual trip to Mull for the rally. What a hoot that was, driving there and back up, and over Rannoch Moor and through Glen Coe to the Corran Ferry then following the rally in a car capable of 120 mph and a nought to 60 time of around 7.5 seconds. This was 30 odd years ago when there were fewer speed traps and bobbies about!

Anyway, the mag is on sale now. Just open up Ebay on  the Internet and type in 'UK Rally Scene' - it's only a fiver including postage.