Rally - The good and not so good news 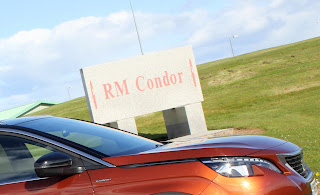 Just when you think life is returning to this disease ravaged land, the anorak is hanging back up on the shoogly nail behind the garage door.

Following Motorsport UK's announcement in July that rallying would return and the successful running of the 'M-Sport Return to Rally' event in Cumbria last month, in steps the Scottish Government to drag us backwards.

With Condor Motorsport Club's Memorial Garden Stages Rally due to take place next weekend (Saturday 26th Sept.) the brakes have suddenly been applied. The Scottish Government has decided not to relax the rules on two people sharing a car. Originally intended to allow Driving Schools to get back on the road and DrivingTest Centres to re-open it was thought that stage rallying would be able to get back into the woods and on the stage.

In all fairness, as soon as this problem became apparent, Motorsport UK tackled SportScotland and they in turn approached the Scottish Government with a view to an exemption for rallying just as they have applied exemptions to other sports for various reasons. As late as Tuesday of this week, the Govt remained resolute!

They did state that the position would be reviewed on 1st October, but this has now been put back to the 5th!

However, rising like a phoenix form the pit of bitter disappointment Condor MSC have not cancelled, merely changed the format. Instead of a Rally they will run a Rally Time Trial. This will also generate a refund (reduced Permit fee) for those already entered - and double entries can and will be accepted. However, it will still be a NON-SPECTAtOR event.

The club is planning ten tests of around 3 to 4 miles in length with Drivers having to walk (cycle?) the Course first, then run in Convoy before the first timed runs.

Regulations and Entry Form on the Condor MSC website:

So if you fancy freeing up your rusty oxters, or getting in a test session ahead of Crail on the 7th November or the Milltown Stages Rally on the 21st of Nov, here's your chance.