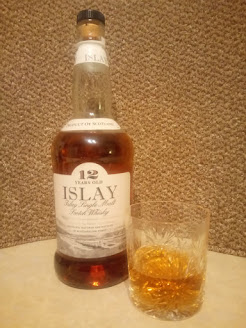 Just the other day one Colin Clark Esq, rally Commentator, Broadcaster, Podcaster, Tweetster, Breakfaster and Writer, accused oneself of being the 'grandfather' of Scottish rallying journalism.

Umbrage was taken, insults returned and revenge sought - but you know what? He was actually more right than he (and I) realised. That was because yesterday I was merely a proud father and last night I became an ever so proud grandfather.

As if these troubled times were not difficult enough, inundated as we are with plagues and pestilence, famine, drought, floods and hurricanes, melting glaciers and litter strewn mountain tops, the arrival of a pandemic has added greatly to the world's woes.

And just when you think the cycle of gloom and despondency is unrelenting, there comes a little ray of sunshine which lifts the spirits, brings joy to the present and promise for the future. It's simply magical how the arrival of new life, a baby's cry and tiny fingers trying to grasp the air itself can make all those problems disappear. How can something so small provide such happiness and hope?

Thirty years ago, old hands may recall the adventures of 'Baby Bunnet' in the Scottish Rally Championship newsletter and in the monthly 'Jaggy Bunnet File' column in the much missed 'Road Sport North' rally newspaper. Well, Baby Bunnet is all grown up and is now a Mum as of last night, and both are well.

At the moment the term 'grandfather' doesn't sit too well on such 'youthful' shoulders and it may well take some time to adjust to this changing of the seasons. So a word of advice to those who may seek to exploit this situation to their humorous advantage - Gang warily!

There is just one other little cloud on the horizon - the son-in-law favours the baseball hat style of headgear!!