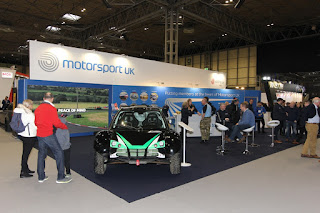 A new year, new hopes, a new sense of purpose, (and a new bunnet!) and yet lurking deep in the background there is an inexplicable sense of foreboding and suspicion. And what occasioned such fears in the face of a new dawn of optimism and expectation? On approaching the brand new-look Motorsport UK stand at the Autosport Show a certain Scottish scribe was greeted with smiles and handshakes. No gritted teeth, sour looks, or uttered expletives. Everyone was pleasant. A most disconcerting turn of events indeed.

And yet there was a serious reason to be there. Prior to the Show I had asked (politely) if I may interview the newly appointed Chief Executive, Mr Hugh Chambers, and then held my breath. Back came the response: "How does 12 noon suit you?"

I had initially requested 10 to 15 minutes. As events turned out I spent over half an hour with the new Boss.

To those of you who might wonder what good an interview at this early stage might be, as he's only been in the job 2 months, I reckoned that given his background and experience here was a man who would have done his research before accepting this somewhat poisoned chalice. On that basis he would have a good idea coming in of where he wanted to go and how he was going to get there. I was right.

I started our chat by stating that I reckon his appointment is the most adventurous thing our governing body has undertaken since it devolved itself away from the Royal Automobile Club 40 years ago.

Anyway, the plan now is to write up the full interview and publish it on the on-line mag. Trouble is, it might turn out to be rather a long article so I'll need to split it up to make it palatable, but the intention is till to publish the full thing - except for the 'off the record' bits which I will respect. 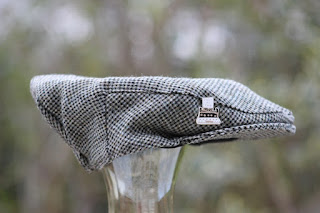 Such a pity I couldn't publish those comments, but grateful that he shared them and it has further bolstered my view that motor sport in the UK still has relevance and more to the point a future. What I will say is that, if he gets his way we'd all better buckle up now, hang on and enjoy the ride - it might just be a wee bit bumpy.

I'll let you know when I publish the interview in the on-line mag.

Oh! the new bunnet? That was Lady Bunnet's idea, even the rats are refusing to chew the old one, so off with the old and on with the new. 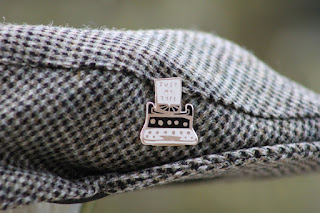