New Year Resolution (or not!) 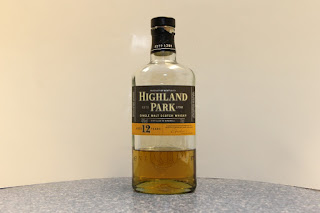 On my return from the Hogmanay celebrations the other night, and once all the hoochin' and wheechin' had settled down, I had a wee moment or two of quiet contemplation - just me and a bottle of Highland Park, and I had something of an epiphany. I must have been halfway down the bottle when the realisation struck - I should make a New Year resolution. In fact I should go further, and resolve to be nicer and more polite to people this coming year, even those with influence and in positions of power.

Perhaps antagonising such folk is the wrong approach for making progress, but in all fairness the obfuscation of those who seek to govern and control give all of us cause to become impatient and question not just their work ethic, but their opinions, decisions and rules.

It's not that I'm anti-authority, but I am aware of an increasing personal affliction of cynicism and scepticism these past years and it's not abating. In fact, it's getting worse. Whether it's simply an age thing or more worryingly, an apprehension that life is indeed getting darker, I have no idea.

However in the spirit of enlightenment and the realisation that there would appear to be a wind of change sweeping through the corridors of power in Colnbrook I have resolved to become less opinionated, less critical and more supportive. Henceforth I shall be a nice agreeable, personable, approachable, friendly chap. No longer the curmudgeonly, argumentative, stubborn, obstreperous character that certain misguided folk thought I was!

It was in this spirit of cleanliness and godliness I started the New Year clear-out - and then I chanced upon a letter from the 'RAC Motor Sports Association Ltd' dated 9th December 1983, some 35 years ago.

This letter advised the nation's clubs and associations that from the 1st of January 1984 the system of charging for Forestry Commission roads would be based on a "flat rate" per stage mile instead of charging at a "per car, per mile" rate based on the number of starters. The new charge would be £110 for primary use and £90 for second and subsequent use. In addition, the FC were seeking a "substantial increase" in the insurance premiums for "liability cover".

Given that rally entries rarely reach full capacity these days, perhaps we should question the current method of pricing. Also, rally organisers have a more restricted choice of forests and routes these days and some would argue that those roads being offered are perhaps not as well maintained as we would like them to be. It's enough to make you wonder if FC are adopting the ScotRail approach to pricing - offering a poorer service for higher charges? On that basis perhaps there is room for negotiation.

Yes, that is harsh, and in all fairness the FC has a helluva job to do. The Government wants them to be self sufficient and yet open to the public. That's not an easy job for an organisation which has to manage over 1.6 million acres of woodland for an industry that provides more than 30,000 jobs.

By this time the whisky level was falling further down the bottle and I was recalling other events from the past year including a few occasions where I had been personally and publically criticised for things I had said and written - but oddly enough not when I was present!

And so I thought, just as one good turn deserves another, so should one critique deserve another. This prompted further, deeper thoughts. I have therefore surmised that it is better to be outspoken and critical, rather than quiet and tolerant, for therein lies the road to complacency and idleness.

Accordingly, I have decided to rescind my 2019 Resolution (Already? That didn't last long!) and will continue to report and comment from an independent viewpoint. And if anyone doesn't like it, so be it. Why put up with tolerance when belligerence generates more debate?

And so, with regard to my previous good intention, sod it! I've still got a couple of good drams left in the bottle. Happy New Year everyone, and thanks for all your kind wishes.
Posted by John Fife at 22:53