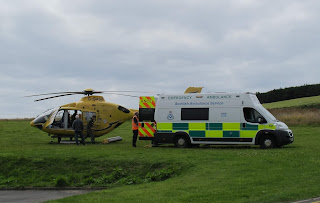 News this morning from  the Motorsport Industry Association (MIA) which suggests that encouraging and positive progress is being made on the new EU Motor Insurance Directive (MID). As most of you might be aware this new directive threatened the very existence of motorsport throughout Europe.

On Tuesday, the EU Parliament voted to adopt amendments, supported by the MIA, which will exclude motorsport from compulsory motor insurance as proposed in this new legislation.

The proposed new MID required all EU Member States to make unlimited third-party liability insurance compulsory for all forms of motorised transport, in any location – including motorsport. The specialist insurance market for EU motorsport advised that no insurance meeting these compulsory demands would ever be available so participating in motorsport would be illegal.

The revised text, as adopted by the EU Parliament IMCO Committee, means that:
--- only vehicles used in traffic as a means of transport would need to be covered by Third Party Liability (TPL) insurance
--- ‘dual-use’ vehicles used both in-traffic and out-of-traffic (i.e. 90% of ‘motorsport’ vehicles) only need insurance cover for use ‘in traffic’, but not for motorsport activities;
--- vehicles intended exclusively for motorsport, and vehicles used exclusively in a non-traffic situation, would be excluded from the scope of the MID.

This would have affected us whether we were 'Brexited' or 'Remained' as the whole kerfuffle was instigated by a farm worker in Slovenia who was loading hay bales into a barn when he was knocked off his ladder by a reversing tractor.

In 2014 the subsequent court case established that Mr Vnuk was knocked off his ladder by a trailer attached to a tractor which was reversing across the yard. Mr Vnuk sought damages against the defendant insurer of the tractor.

The Slovenian courts ruled against Mr Vnuk. The reasoning was that a compulsory insurance policy under Slovenian law for a motor vehicle covered use of the tractor as a means of transport but not damage caused when a tractor was used as a machine or propulsion device. Naturally, as is the way of such things these days, Mr Vnuk appealed. And then appealed again, and again, until clarity was sought. Hard to think that one man could almost singlehandedly scupper the sport completely across a continent.

Fortunately it would appear that common sense has prevailed and these amendments will now be voted on by the full EU Parliament on 13th February 2019 following which they need to be approved by the EU’s Council of EU Ministers at a future date, yet to be set.