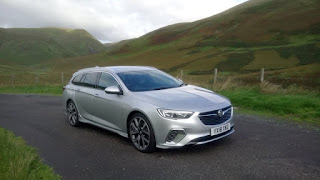 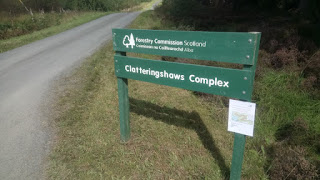 Impressive ride down to Galloway through the Dalveen Pass in a Vauxhall Insignia GSi for the test date ahead of tomorrow's Armstrong Galloway Hills Rally.

The test stage was unrepresentative of tomorrow's fare as it consisted, more or less, of three straights and two square corners. There were no really flowing sections. Still it was good for 'seat time'. It was also dusty, with great clouds of stoor being kicked up.

It was good to see Mike Faulkner and Peter Foy back in harness. First time back in the car since they cowped it on the Snowman earlier this year and first time out for Peter since his accident. He's walking without a limp despite his left leg carrying a few extra rods, plates, nuts and bolts. So please don't tease him with any magnets.

Andrew Gallacher gave the Focus a shakedown ahead of tomorrow's grand finale and Donnie McDonald was there too with Donnie exploring the limits of handling (and the road) in his Fiesta.
David Bogie had his first run out in a brand new Fabia R5 and Garry Pearson was giving some folk a run in the Fiesta.

Young Lawrence Whyte was giving it yee-haa too and Angus Lawrie professed himself satisfied with his new rear suspension in the Corsa.
Posted by John Fife at 22:23