After last weekend's Memorial Garden Stages Rally and with 2 rounds remaining for the Junior 1000 Ecosse Challenge there are just three drivers in the running for this year's national title. Johnnie Mackay still leads but Lewis Haining's win at Condor has pitched him back into the title fight while Andrew Blackwood's impressive runner-up position between Haining and championship points leader Mackay has put him in title contention too.

There's little more than a lick of paint between the 3 of them, so the next round of the 3 way fecht, plus full supporting cast, is not to be missed this Sunday (23rd Sept) at Kames. So come along and cheer the youngsters on - and bring a hankie, as all of us auld gits remind ourselves what it was like to be young, carefree and rally-daft.

David Barlow's report on proceedings is now in the digital on-line mag: 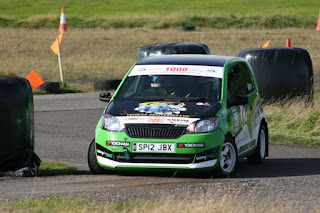 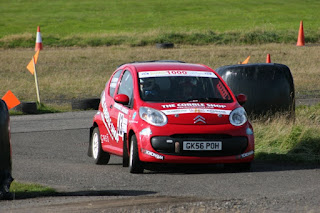 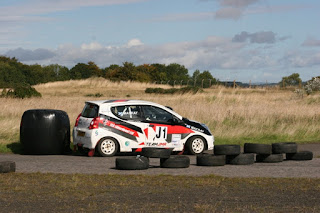