It was certainly an action packed, drama filled F1 race yesterday, but was it a triumph of spectacle over sporting endeavour? It does seem that since an American media company acquired the FI rights four years ago, a little bit of the Wild West has been injected. There's no doubt that it has increased the viewing audience and participation, added drama and spectacle, whilst generating wider interest and excitement, but at the expense of pure racing? Surely not?

There does seem to be a dangerous mix of big business and politics at play with money and power screwing up what is basically a sport. Just look at football or boxing. At international level there are an awful lot of people who have never kicked a ball or thrown a punch who are making money out of 'the sport' and F1 seems to be on the same road. 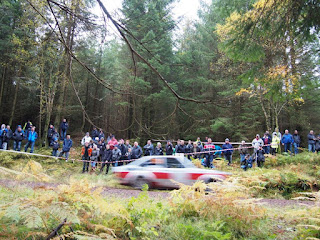 Of course rallying is immune from such shenanigans, isn't it? The trouble is, the FIA who sanctions F1 also makes up the rules for WRC and what happens there ultimately filters down through the ranks to national events and amateur club competitors.

That's why the current FIA Presidential leadership contest should be of concern to licence holders and fans as whoever wins will determine the future direction of motor sport. In this closed off autocratic world of power and politics those at the bottom of the food chain have no say.

The FIA claims to be a democratic organisation, but who elects the voters? The FIA has 236 members from 139 countries and there are two presidential candidates in the running for the forthcoming elections. Each candidate must have his team of ten named individuals in place when he/she submits their candidacy and also the support of a specific number of ACNs (national automobile clubs - like the RAC) and ASNs (national sporting clubs - like MS UK).

In fact, both the RAC and MS UK have thrown their weight behind Mohammed ben Sulayem's bid. The  former Middle East Rally Champion, from the United Arab Emirates, is spearheading the 'FIA for Members' campaign and included amongst his team is Robert Reid who has been selected for the post of Deputy President for Sport. On that basis, rallying has a fairly good presence in the bid.

On the other hand sometime racing driver and barrister Graham Stoker's 'FIA for All' bid has received some heavyweight backing from the Motor Sport Industry Association and the likes of Alan Gow, Nigel Mansell, Derek Warwick and Rob Jones.

The 'FIA for Members' plan promises change while the 'FIA for All' is promising development. Tough choice, eh?

Such weighty matters shouldn't really affect our home grown sport here in the forests and on the roads of the UK, but it will and it does. For instance, it was the FIA which decreed that hybrid rally cars be introduced in the WRC next year, and that's just for starters. 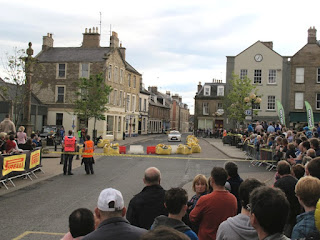 Of course, that is no bad thing given current environmental concerns but it should sound a warning to motor sport and rallying in particular. Motor sport is particularly vulnerable to criticism because it is seen to use fossil fuels directly, whereas its use by other sports is less transparent but nonetheless vital. Stadiums need power and fans and teams have to travel to venues by car, bus, train or plane.

For sure the FIA has been in for a lot of criticism lately with regard to incidents, decisions and penalties and has been criticised for lack of reaction and over reaction. Whatever, they have an impact on leadership and that affects us. On that basis it will be interesting to see who the new President and his team will be and what they have planned for the future of rallying. Fingers crossed, eh?