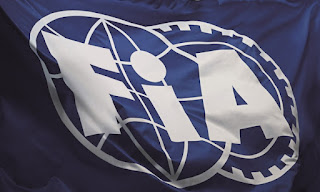 If the Abu Dhebacle GP confirmed one thing, it was that the FIA needs a shake-up. From the top down. Of course F1 politics will be of little interest to rally fans, but it's the same people who make the rules which govern F1 who make the rules for world rallying. On that basis we have good reason to be interested in the outcome of Friday's FIA Presidential Elections.

The nomination, selection and voting process which commenced in July will culminate in the final vote on 17th December with just two candidates in contention. Needless to say we have no say in the matter, nor did we have any say in who made the original nominations and selections!

I have no idea who the most suitable candidate is likely to be. I don't know either of the two candidates although there are people in their teams whom I respect, and both sides are also supported by folk whose opinions I value, so I am completely flummoxed. Apparently, Mohammed ben Sulayem's campaign slogan is the 'FIA for Members' while Graham Stoker's headline is 'FIA for All'. So much for clarity, eh?

The final two rounds of the F1 championship generated TV and Press headlines and ignited controversy right around the world, so these elections do indeed matter. If those who determine the rules and their appointed officials don't abide by them, what chance have the rest of us got?

Motor sport will come under increased scrutiny from now on as it is one of the prime sports which is seen to use fossil fuels directly and therefore very open to attack by those critics and objectors who refuse to understand that ALL sports are currently dependent on fossil fuels.

Outside sport, we are all dependent on this 'old' technology for commerce and domesticity, food, clothing, heating and housing, plus transport in the air, on the sea and on the ground, never mind sporting pursuits. Whilst many business meetings can be conducted on-line, there is wee bit of a problem with holidays. You can't laze on a Riviera beach or enjoy Florida Disneyland by Zoom or Teams!

For sure the sport will have to change and so will life as we know it, but it's the quality of life that's at stake here. That means we need responsible guidance and leadership from the sport's international governing body as well as the various national bodies around the world.

On the other hand maybe democracy isn't as good as it's cracked up to be, look at the recent outcomes in America, Brazil and France, and of course, Downing Street!

Maybe dictatorships are no bad thing - provided you get the right dictator! Then of course, Russia, China and Belarus immediately sprint to mind.

Maybe it's not just the climate that is in bad shape, politics and the human race don't look quite so healthy either.

We await the puffs of white smoke on Friday with interest, eh?