There was a star of stage, pub karaoke, nightclub dance floor and commentary box taking part in  last weekend’s Solway Targa Rally. One who was more used to the brute force of a rear wheel drive Ford Escort Mk2, he appeared in a more modest front wheel drive Nisan Micra of indeterminate vintage. Instead of 270 hp pushing him, he had 60 pp pulling him. The measurement 'pp' refers of course to puppy power as opposed to horsepower as the car wasn’t big enough to be a pony let alone a horse.

Undaunted he and his co-pilot set about the task in hand, to win a trophy at all costs. With the sound of valve bounce echoing around the Dundrennan ranges like staccato machine gun chatter, the Micra was launched headlong into the Tests there to do battle with stubborn traffic cones and ever vigilant Marshals.

Sad to report, they didn’t win but it wasn't for the want of trying, although there will be one tree which won't be sorry to see the back of the Micra - even if it did leave its mark on the Micra’s butt.

Fortunately a snapshot of this frenetic activity was captured digitally with which to inform  and entertain the nation and inspire youngsters to take up the sport on the basis you don’t have to be half bad to beat the established stars!

Having added a bottle of Lucozade to the E10 mix Messrs Wilson & Grommet set off like a damp firework, tyres screechless, but not for the want of trying. There was no need to slow up for Code boards, they weren’t going fast enough to miss them.

Approaching the cones, the power steering filched from the SS Waverley was wound up to full lock to try and guide the velocipede around the first cone. With no acceleration left and the steering on the bump stops the handbrake was called into action. It was about as effective as a wean hauling in an anchor, requiring much peching and grunting and the use of both hands.

With no visible deceleration the sideways approach speed remained undiminished, the wee car teetering on the edge ofdisaster. Having successfully slithered to an almost halt, acceleration was then called for to exit the last corner. Sadly there was none of that either, although sufficient momentum was retained to propel the tardy beast in a forward direction, till the next handbrake turn.

Steam erupting from the windows and through the gaps in the bodywork provided evidence of the effort within. So how on  earth did it manage to get up enough steam to slide off the road where it had to be retrieved by Donald the Sweeper in the big van?

Never was such an innocent wee beastie so cruelly tortured by such a pair of heartless heavies in the pursuit of personal pleasure. And they call this sport! 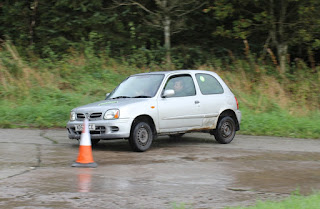 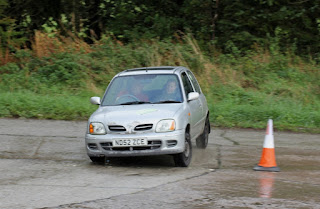 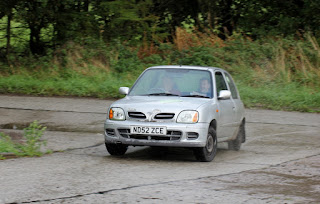 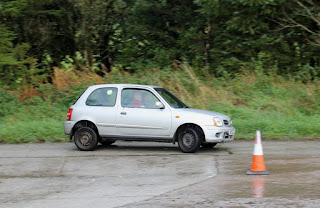 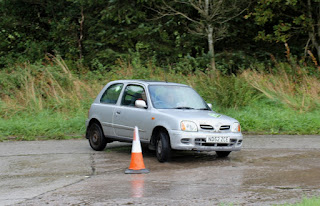 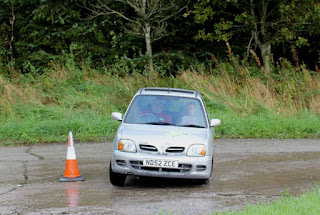 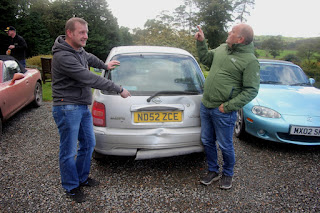 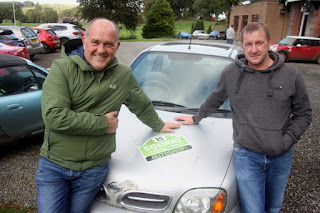