Rally - Power to the People? 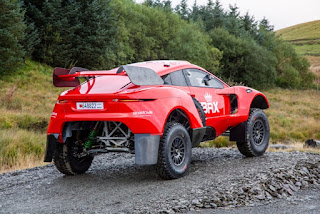 In the week that Prodrive has announced the creation and manufacture of a new 'sustainable fuel', comes a proclamation from Bicester Central that Motorsport UK has adopted the 'United Nations Sports for Climate Action Framework' and will join 270 other signatories which includes other sporting organisations. This means working towards the low carbon economy target established by the Paris Agreement.

What that means in detail, or how it will affect those who participate in and organise all forms of motor sport, we don't as yet know, but MS UK will launch the full strategy in the run-up to COP26 in Glasgow next month. Brace yourselves now.

Motorsport UK CEO Hugh Chambers said: “We have spent a lot of time carefully creating a comprehensive strategy with a roadmap containing over 50 objectives up to 2030 aimed at creating a sustainable future for UK motorsport. An important part in building our strategy was benchmarking what other sporting federations are doing around the world and ensuring we are aligned with global best practice."

Is it just pure coincidence that  Prodrive has announced it's more publicly acceptable automotive power source at the same time? And if we all have to adopt sustainable fuels in the next few years until electricity takes over it makes you wonder who will be the preferred supplier. The conspiracy theorists will have a field day with this!

Working in conjunction with UK-based, Coryton Advanced Fuels, 'Prodrive ECOpower' has been specifically developed to demonstrate the environmental benefits of the latest sustainable fuel technology. The main components are generation 2 biofuel, manufactured from agricultural waste, and efuels created by capturing carbon from the atmosphere. The resultant fuel reduces greenhouse gas emissions by 80% compared to equivalent petrol.

Originally developed for motorsport use, Prodrive ECOpower can also be used as a direct replacement for unleaded petrol in almost any vehicle and the company is planning to run a near identical fuel in a number of its road vehicles to further prove out the technology. 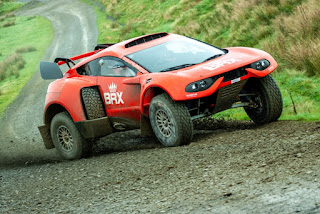 The Prodrive-run Bahrain Raid Xtreme (BRX) team will use this fuel at the Dakar rally in January to demonstrate that such sustainable fuels can be used as a direct replacement for fossil fuels in standard production vehicles.

Prodrive, chairman, David Richards, said: “I am a great advocate of motorsport taking the lead in developing, proving and promoting new technologies that can help address climate change. Covering thousands of miles across the toughest terrains, the Dakar and the FIA World Cup for Cross-Country Rallies are the perfect environment to showcase the benefits of the next generation of sustainable fuels and demonstrate that they can be used in road vehicles to reduce the use of fossil fuels, while still offering the same performance and range.”

The fuel has been developed at Prodrive’s powertrain facility at Banbury and has been run in the BRX team’s 4WD Prodrive Hunter T1+ car which is currently powered by a Ford-based, 3.5-litre  twin-turbo V6 producing some 400bhp.