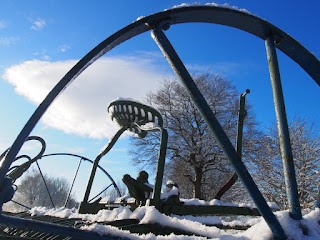 In all fairness, 2020 has been a memorable year, but not necessarily for all the right reasons. We lost some good friends too. Their wise counsel and banter is gone, and the sport is all the poorer for its loss.

Highlights were few and far between. Alan Kirkaldy and Donnie MacDonald showboating at the Grant Construction Knockhill Stages in February. There was nothing to choose between the Fiesta R5 and the Lancer Evo9 as they attacked the Hairpin with full bore, four wheel, tyre smoking drifts. Perhaps not the fastest line but they certainly warmed up the frozen tootsies of those standing in the big shelter.

Meanwhile on a somewhat less glamorous note in the Paddock, underneath the 'Dangerous Des' marquee, life looked rather more dark and sickly. The night before the rally, the team had discovered an eaterie in Dunfermline which proclaimed a ‘global fusion buffet’ offering up an exotically colourful selection of  Italian, Mexican, Chinese, Indian, British and Asian dishes. This being a buffet and hellbent on extracting maximum value for money, the team went at it, with the same intensity as a flock of weans with a giant tube of Smarties. Next morning, the entourage was not a pretty sight while the air inside the marquee was a mite murkier and more pungent than it was outside. Dangerous indeed.

Then there was the sheer joy etched on Michael Binnie's face when he realised he had scored his maiden victory on the Coogie Urquhart Snowman Rally also in February. Equally surprising was the fact that this was only the 5th win of Claire Mole's rather long and glittering career. The auld Lancer more than a match for the R5 brigade on a day where snow and ice played their own risky role.

Across the wide Atlantic in March, the buffet breakfast at the Isle of Mull Hotel was a joy to behold when attending the Mull Hire Classic Rally. The yoghurt and fresh fruit left untouched as the plate was piled high with square sausage, link sausage, haggis, bacon, scrambled egg and beans. Essential fodder when venturing out into the wilds to watch Sunbeam Rapiers dancing with Mazda MX5s, MG Midgets, Minis and Toyota Corolllas. The last hurrah of the Scottish season before the doors and gates were shut right across the country.

In May the re-introduction of tabletop rallying provided a mentally challenging and diverting opperchancity for fun and cheating without the rigours of car prep, navigators arguing with drivers, badgering Marshals for a different time, rival competitors following you around the route and senior officials and results crews questioning your claims at the finish.

An enjoyable and successful autotest was run at Kames in July complying with the newly introduced Covid-19 rules and restrictions on numbers gathered and social distancing. The cars pirouetting around cones in a variety of styles, and not necessarily successful ones at that, but simply enjoying chucking a car about in competition. A notable observer at this gig was one J Bunnet Esq spotted standing alone in regal isolation. Not because he was observing the 2 metre distancing rule, it had more to do with no-one daring approach any nearer as the reek of shredded tyre and crushed Hielan' coo dung wafted threateningly from the pipe sticking out of his gub and tainting the air. There was perhaps another reason for his solitary gruffness - the cafe was shut - so no Killy pies! This Covid business has indeed a lot answer for, eh?

A glimmer of hope in August promised a false dawn with the M-Sport Return to Rally event in north west Englandshire. After 4 months of inactivity, the bark of rally cars in a forest provided a veritable feast of sensory fun for rally starved eyes and ears.

All sorts of folk had bribed and blagged their way into the service area, so desperate were they for their rallying 'fix'. There were folk there I didn't recognise at all, in fact people who I wouldn't trust to change the oil in a chip pan never mind the sump of an R5.

Jim McDowall's face was a picture too. After scrutineering he said: "I'm going to watch," as he bounded off down the stage to spectate, eyes agleam like a pair of super oscars in the dark. If ever Snow White is looking for a decidedly cheery eighth member of her team Jim's her man. 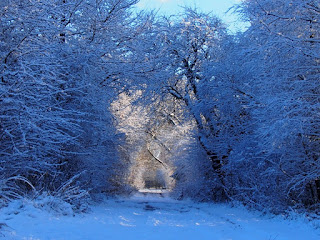 As the year progressed promised rallies fell like fir cones in winter. The sport was decimated even as single occupancy vehicle events made a faltering return to test and track. The forests lay silent and the roads unused. Rallying had gone into enforced hibernation. Where once the sound of rally cars rent the air and thrilled onlookers with their antics there was nothing but footsteps in the mud and the snow as lost souls sought solace in their green and brooding quiet embrace.

Without wishing to cast further gloom we shouldn't be too hopeful about Spring resolving this hibernation, that damned bug is still around and still active and we all must be mindful not just for ourselves but others around us. All the while, the lamps burn bright in rally organisers' bedrooms, living rooms and kitchens across the land, plotting and planning for the great return, for surely it must come. Where there is hope, there has to be a way.

Mind you, there was one bright new little star in the heavens welcoming new life to the gloom of 2020. In August grandbaby Bunnet arrived, the stork fair peched out with its restricted travel arrangements and limited flight slots.

So here's to 2021. Be positive, be careful and by all means raise a glass or two at home to friends lost and to new friends yet to be found. Normality is just around the corner, or is it the next corner after that? Happy New Year everyone. Stay safe, and we'll all benefit. 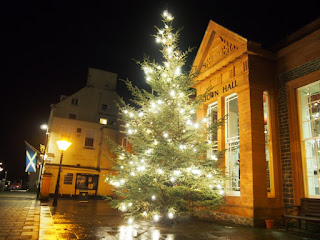