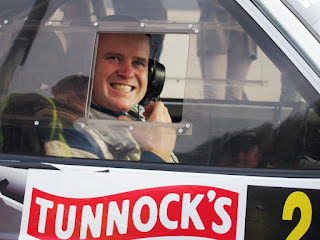 The all-new snow and ice event will be based in Rovaniemi on 26 - 28 February and replaces the cancelled Rally Sweden as the WRC’s only pure winter rally. It forms round two of the 12 event fixture list.

Rovaniemi, the capital of Finland’s northernmost Lapland province, lies just outside the Arctic Circle where temperatures can plunge below -30°C in February.

The rally starts on Friday 26 February with a morning shakedown, ahead of the opening special stages that evening. Saturday features three tests driven twice ahead of Sunday’s final leg, which closes with the Wolf Power Stage. The 10 stages cover 260km.

Naturally, the rally will run under strict national, local and FIA Covid-19 procedures and organisers will follow all protocols on whether fans will be allowed.

But here's the thing, and following on from recent posts, the competitive part of the event is noticeably short - 260 kms is a mere 161 miles. We all know only too well the reasons for this of course, but it is to be hoped that when normality eventually returns to everyday life, the sport can get back to the bigger challenges it used to offer.

Or is this really the way forward for the future of the sport, and not just at international level?

But here's the 'other' thing! At 161 miles of stages, this WRC event won't be much longer than a certain other event somewhere off the west coast of Scotland. It has already been touted as a possible addition to the British Championship. What next? The WRC comes to Mull?

And if weather was the deciding factor for this second Finnish inclusion, then just think what Mull could offer by way of a challenge. All four seasons in one weekend. And another thing,  which stage would be chosen for the Power Stage?

Duffy versus the world - in a Mk2. Yeehaaa!!

(Please note, the foregoing is of course a flight of fanciful thinking apart from Arctic Rally Finland. All references to other events and drivers should be taken with a pinch of salt, or a large malt. Or might there be a tincture of truth in there somewhere?)