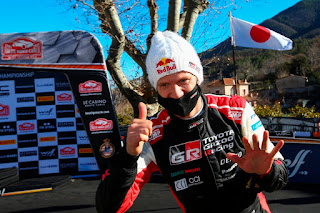 If last year's Rally Monza event provided a rather different but nevertheless entertaining rally to round off the 2020 WRC season, then this season's opener at Monte Carlo marked a return to some form of recognisable normality. With 258 kms (160 mls) spread over 15 stages, it was a little shorter than last year's 16 stage, 304 km (189 ml) event although the competitive challenge still managed to retain the more familiar mountain road format.

A bold effort by all involved considering the severe restrictions imposed on organisers, officials and competitors - and a notable absence of spectators!

One thing didn't change. A man named Sebastien won it. Again. Methinks Elfyn will need to have to change his name by deed poll, eh? 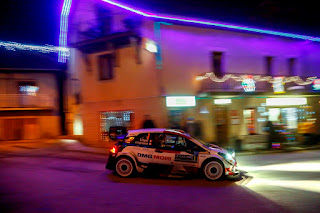 Still, a remarkable achievement. This was Ogier's 50th world rally win and a record 8th victory on his home event. Half a minute behind was Elfyn Evans scoring a sold 1-2 start to the season for the Toytota Gazoo Racing team. For a while it looked like a Toyota podium lock-out till Hyundai's Thierry Neuville woke up and demoted third placed Toyota youngster Kalle Rovanperä to 4th.

It was also good to see Taka Katsuta getting a decent result with 6th in his Toyota, co-driven by Daniel Barritt - once again proving that his time spent on the Mull Rally was time well spent!

Gus Greensmith finished a sensible but encouraging 8th place in the M-Sport Fiesta after team mate Teemu Suninen crashed out. Ott Tanak's retirement in the Hyundai was unfortunate but regardless of what you think of the rules, they still have to be obeyed. Can you imagine what the Scroots would have said had he turned up at the pre-rally technical inspection on three tyres and a bare rim? 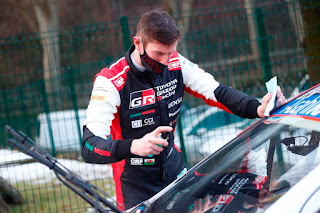 Praise too for young Tom Williams who overcame his disappointment in Monza with a  strong finish in Monte Carlo which included a double puncture on SS10. He finished 31st overall and 2nd in class in his M-Sport Fiesta Rally2 with co-driver Giorgia Ascalone proving that rallying at this level is not entirely a man's game.

Four days to tackle 15 stages may sound like a shadow of the event's former self and there did seem to be an awful lot of hanging about for the crews but that was down primarily to Covid-19 restrictions and TV schedules. The upside was we got some great TV coverage with scintillating driving, spectacular spills and some really scary hair-raising incidents.

If the rest of the WRC season can match this then all is not yet lost despite the complete lack of rallying action back home in the UK. 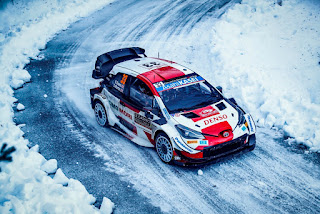 With news of more domestic events being cancelled coming in every week, it looks very much as though there will be little in the way of stage rallying in the UK before July, and even that looks doubtful if the Government is looking at an Autumn target to inoculate the majority of the population.

The big problems here are two people sharing the same car, complying with the physical restrictions on organisers getting out and about for a route recce and then again on the weekend of their event, and getting sufficient numbers willing to turn out on the day with many folk not keen until they have been vaccinated. Plus of course the rules regarding mass gatherings (spectators) outdoors! Understandable.

On that basis the immediate future is all about 'elite sport' and the amateurs will have to wait a wee while longer. So, feet up, sit back and watch the action on the telly, or read about it here on social media.

(Note: Thanks to Toyota Gazoo and M-Sport for the pics) 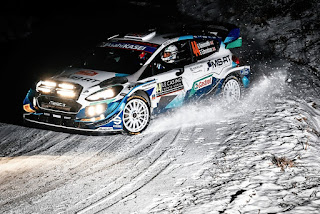 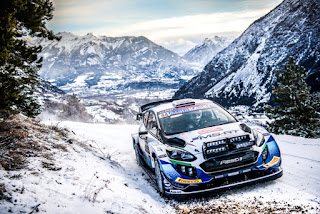