Rally - And so it goes on 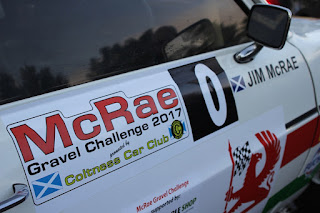 Elite sport was hit again last week with the news that there would be no Rally GB in the 2021 FIA World Rally Championship. Another victim of Covid, albeit indirectly. Scheduled to run in August, the Northern Irish Government took the view that the money spent on supporting their world championship counter would be better spent on coping with the aftermath of the pandemic. No-one can argue with that. The simple economics indicate that the tourism return on their investment would not justify the expenditure.

Similarly, 'elite' sport in Scotland has also suffered its first blow of the season with the news that 63 Car Club have reluctantly taken the decision not to run this year's McDonald & Munro Speyside Stages on April 17th due to uncertainties around the ongoing pandemic restrictions. An almost inevitable and understandable move.

However, on the wider front, the news that Rally GB will be replaced by Renties Ypres Rally brings its own concerns. It would appear that the Belgian event will be adopting some of the practices used by last December's hasty addition to the calendar at Monza i.e. a mix of mountain stages and stages around, and on, the race circuit at Monza - one of the most compact WRC events ever!

Although Ypres will again be the base for this event, the news that it will be linked to the race circuit at Spa-Francorchamps perhaps gives some idea of the FIA's thinking on a possible way forward for the sport - shorter events with a mix of traditional stages and 'single venue' tests. 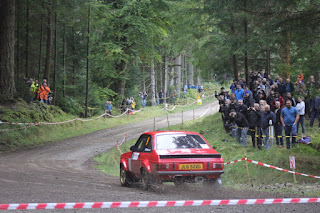 Here at home Motorsport UK Chairman, David Richards CBE is calling for a major re-think of the sport in the UK. As yet there has been no indication as to who will be consulted but one hopes that the net will be cast wider than those who already work with and for MS UK and those with vested interests. There is surely a need to consult with the 'customers' and the stalwarts on the ground, those clubs and individuals who actually organise the events themselves.

Perhaps this mix of 'single venue' and forest/closed road stages could work even here in Scotland. In days past the Kingdom Stages used Knockhill Circuit for rally service and a couple of stages while visiting the likes of Blairadam and Devilla, as did the RSAC Scottish Rally. One also recalls the 'good old days' of the Lombard RAC Rally which usually spent the first day touring stately homes, public parks and race circuits before the more serious stuff in the forests.

Another alternative could be the re-introduction of 'single venue forest events'. The Colin McRae Gravel Challenge back in 2017 was not a new idea, some 30 odd years ago the Checkpoint Stages in Aberdeenshire ran multiple stages in one forest, be it the vast Clashindarroch complex or Drumtochty.

The problem here is finding a suitable forest which offers sufficient scope to provide a variety of different tests and an adjoining area big enough to host the regular rally circus of service crews, organisers, officials and hingers-oan. This format might also have to lead to shorter stages as running one long stage through a single forest could severely restrict the numbers of competitors in order to fit the event into an acceptable one day time scale. 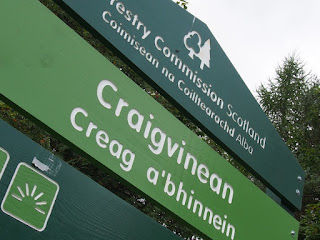 The other issue is persuading the new Forest and Land Scotland organisation that this would be a good idea and both benefit them while helping our sport.

Looking back on the McRae event there were three different test formats all within Craigvinean Forest which allowed two stages to be run almost simultaneously thereby spreading out the waits at stage starts. Of course there were delays but it was still good craic. However the most limiting factor was the size of the nearby Forestry Commission car park and workshop which was used for Rally Service. Thankfully the Tayside polis were in helpful and benevolent mood as spectators flocked to the area!

If this can't be sorted out, then the future of rallying is single venues, such as airfields and race circuits, and closed public road events. The fresh smell of pine tinged with whiffs of Castrol R hanging in the air will be but distant memories. 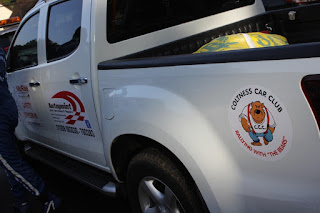