Rally - Tour of the Trausages

There was little in the way of sunshine on today's final Leg of the three day Flying Scotsman Vintage Rally but the smiles at the Finish more than made up for that as the cold and weary, but contented and excited travellers arrived back at the Gleneagles final control. Some of course a bit more brave and foolhardy than others.

Over 90 cars started the rally on Friday morning in the Lake District spending Friday night in Northumbria and Saturday night in Ayrshire on their way north. There was an odd encounter high up on the Duke's Pass when a silver Mitsubishi pickup locked up and slithered to a halt as it encountered a camera bedecked and bedraggled Jaggy standing in the heather in the middle of nowhere.

It was none other than 'SuperMarshall' Keith Cowan who just happened to be driving past (and no, he wasn't going to church) but he spotted the Jaggy from afar, and stopped to enquire after his health. Apparently Keith was unaware that the Flying Scotsman was on, let alone passing through his home domain. As ever, he had a Tupperware box in the back, this one full of banana cake with chocolate chips. Yup, I thought it strange too, but it was scrumptious. Thanks Keith, a welcome treat. 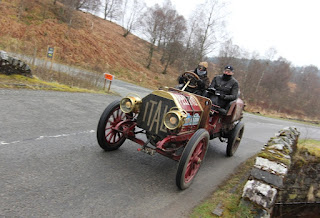 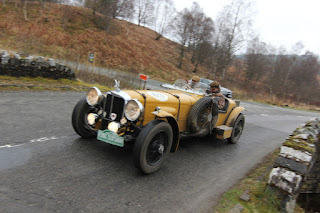 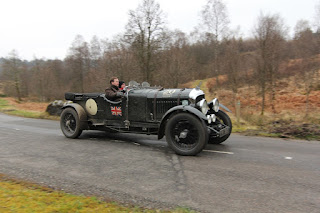 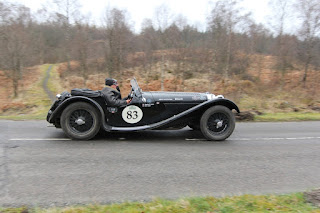 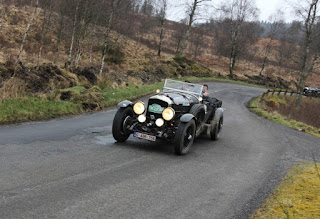 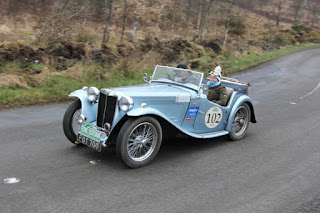 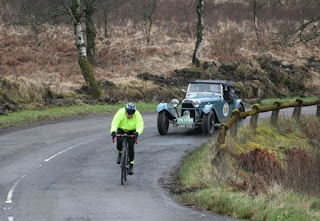 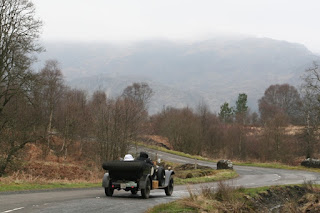 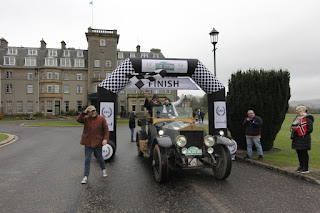