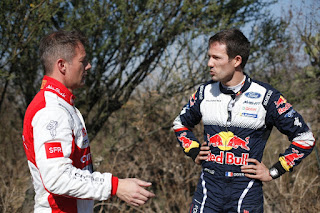 Although Sébastien Ogier scored his 4th Rally Guanajuato Mexico victory at the weekend, it was Sebastien Loeb who was the focus of attention. Three years after walking away from the sport he was back, and oh, so nearly ran off with a fairy tale win.

Running second on the road in his Ford Fiesta, Ogier suffered from the dry, dusty and loose conditions and yet still came through to take a calculated, and yet somewhat fortunate victory, when his rivals struck trouble.

For a while on the final day it looked as though Kris Meeke would finish runner-up, but he tipped his Citroën C3 on to its side after sliding into a gulley. Spectators righted the car but he dropped 45sec allowing early rally leader Dani Sordo to snatch the runner-up position in his Hyundai i20.
This last minute drama for the Northern Irishman was reminiscent of his final day antics last year when he slid through a hedge into a car park less than a kilometre from the finish line!
Sordo was lucky too. He punctured a right rear tyre in the final test but had enough time in hand as Meeke lacked the pace to challenge after damaging his car’s aerodynamic rear wing in the crash.
Ogier moved up from fifth to first on Saturday as mistakes and problems cost his main rivals vital time. Andreas Mikkelsen finished fourth, a further 19.2sec behind, after struggling with his i20’s handling throughout.
Nine-time world champion Loeb finished fifth following losing out on a possible victory when he punctured a tyre.
Thierry Neuville came into the rally leading the championship but running first car presented him with the worst of conditions and he did well to salvage sixth in his Hyundai i20. 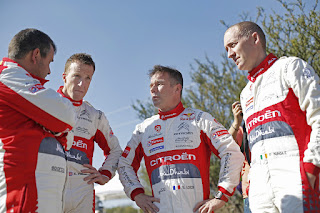 At the finish Kris commented: "Obviously, there are positives to take away from this weekend, starting with the fact that I secured my first podium of the year and picked up good points for the championship. But I can't help but feel disappointed, not least for the team. I had everything you need to win here in Mexico – the pace, the car and road position – but I didn't do the job. I made too many silly mistakes and you just can't get away with that at this level. I need to tidy my game up, starting in Corsica where we were very competitive last year."

Sadly, the other top Brits fared even worse, Elfyn Evans and Daniel Barritt were just 15 seconds shy of the lead after SS3, but then rolled out of the rally. On their return to service the medical team advised that Daniel shouldn't continue. Both driver and co-driver are okay, but safety remains paramount and the decision was taken to ensure they get the necessary rest before the next event.

Elfyn explained: “We hit a series of bumps that were a lot worse than expected. We lost the rear – still in sixth gear – and didn’t have the power to pull out of the slide. We clipped the bank on the inside and rolled I don’t know how many times. I jumped out of the car immediately because I didn’t think there would be any way to continue. But when the dust settled we could see that the damage wasn’t too bad at all. We got our helmets back on and managed to finish the stage – which is incredible after a roll like that. We checked in with the medical team when we returned to service and Dan was advised to go for some further precautionary checks. We’re both okay, which is the main thing, and now we just need to focus on starting our season afresh in Corsica.”

Second in WRC2, Gus Greensmith had a marvellous run into 9th place overall: “I feel pretty good after this one. It’s a relief to get to the end to be honest as it was a rough rally – much rougher than I expected – so to walk away with second in WRC 2 and ninth overall is great. It was one of those rallies where you don’t want to drive conservatively but, with the attrition rate so high and the wise words of Malcolm and Dad, that’s what we did. I don’t want to have to do it again, but they’re a lot cleverer than me and we’re now fourth in the championship after just one rally. I also have to say a big thanks to the team as there wasn’t a single problem with the car all weekend. Everything was brilliant, just brilliant.” 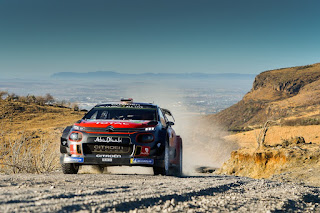 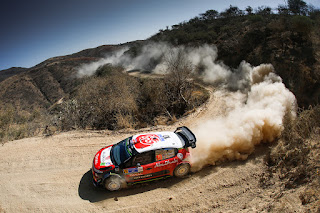