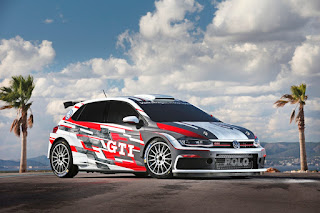 Volkswagen Motorsport has announced that it will focus even more on production-based racing and rallying in the future with its Golf GTI TCR and the new Polo GTI R5.

Volkswagen Motorsport Director Sven Smeets said: "In the future, we will place even greater emphasis on Volkswagen products. The Golf GTI TCR is already an important ambassador for the brand in many racing series around the world, and we are pursuing the same goal with the new Polo GTI R5," adding, "Both cars are not only attractive propositions for professional customer teams, but also represent top-class cars for talented youngsters. This way, we are also able to continue our long-term philosophy of offering youth opportunities."

The company is already in the process of shipping fifteen GTI R5s. Three cars will be sent to Austria and the Baumschlager Rallye & Racing GmbH team run by Austria rally champion Raimund Baumschlager, while three cars have also been sold to teams from Belgium, two to BMA and one to THX Racing.

Two more Polo GTI R5s are destined for Finland's Printsport Oy team. Printsport is already well known for its support of Esapekka Lappi, Ole Christian Veiby and Jari Huttunen. They currently have Lukasz Pieniazek from Poland and Emil Lindholm, son of multiple Finnish champion Sebastian Lindholm, in their team. A further two Polo GTI R5s will be run by the HK Racing team in Italy. One rally GTI will also be sent to Portugal. And a GTI R5 has also been sold to Sweden and Kristoffersson Motorsport.

Three Polo GTI R5s are also being prepped for Miguel Carrizosa/DIESA S.A. a Volkswagen importer in Paraguay who will run the cars at national events there
Posted by John Fife at 11:22