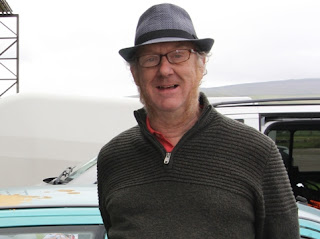 Another good rally man gone. You may not recall the name but you will recognise the mutton chopped face and the polka dotted car. Gavin Gray was one of those rally drivers who were never likely to threaten the front runners far less the podium, but he was one of that stalwart breed who put the 'craic' into rallying and the fun into competition.

Typical of the man was his entry for the 2018 Mach1 Stages Rally. In his Entry Form he had noted "something French" where the make and model of car should be. In anticipation of him actually building or buying something exotic, the midfielders were eagerly awaiting the 'new' car's debut. What a dissie.

There it was in all its glory, the usual polka dotted Citroen ZX. The only thing 'Dakar' about it was a new sticker on the bodywork, but where he had purloined it no-one knew, while the only thing exotic was the manual was written in French. He did however explain that he did indeed have "something new" in the workshop. Sadly we won't find out what it was.

Ambition stretched to finishing rallies as opposed to scoring points or prizes, and his career was peppered with a goodly amount of both. For instance, on the 2016 Mach1 Stages, the alternator failed. He tried to carry on by replacing batteries but ran out of supplies after the third one! On the 2017 DCC Stages the timing belt snapped and then on the Mach1 later that year he failed to finish again: "“The drain plug fell out of the bottom of the radiator, lost all the water and goosed the engine," he said, before pointing out: "and I didn’t hit anything!” No doubt a referral to past adventures and excuses. 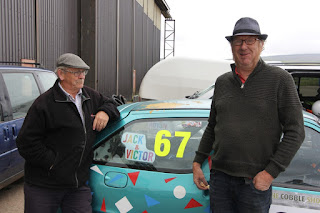 The last time we saw him was on the 2019 Mach1 and he had another sticker. This time, home made. The names "Jack & Victor" were colourfully reproduced on the rear windows. That was how he went rallying, for the fun of it. On a more serious note, and very typical of his outings, he finished 36th overall, but only after he had spent most of Saturday night into the early hours rebuilding a broken gearbox ready for the Sunday run!

It might be unkind to note that he appeared to spend more time under the bonnet at rallies than in the driving seat, but to Gavin that was all part of the experience. 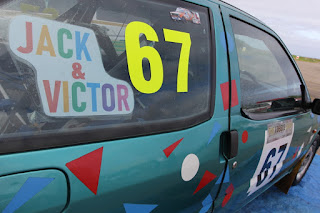 However, it would be wrong to think of Gavin as a midfielder. His talent was only limited by the machinery he had and the budget he could afford. His best result was probably 24th overall on the 1992 Tour of Mull Rally driving a Peugeot 405 Mi16. Mull was his favourite event competing annually throughout the 1990s and early 2000s, first in a Clan Crusader, then the Peugeot and finally the Citroen.

Determination, or stubbornness, was another trait. For instance, he was unsuccessful in finding accommodation on Mull for the 2003 event so he sailed his motor boat over from the mainland and parked it in Tobermory Bay. Scotland's answer to Monaco? Sunseeker yacht? Not quite, it was no gin palace on the water. In fact I heard one wag comment: "It’s no' very big, I saw some tadpoles giving it a right good kicking!"

Gavin passed away on Saturday after a year long battle with cancer, bravely endured all the way. He was just 65. As we express our condolences at this sad time to his wife Tricia and son and daughter, Andrew and Rachel, his family and wide circle of friends should also be in our thoughts. 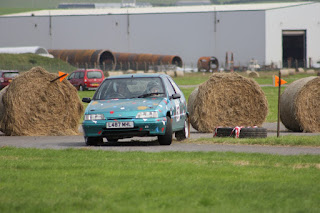 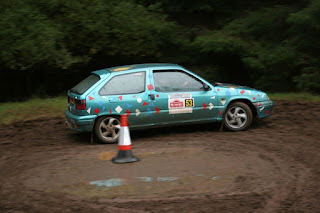