The future of rallying

An experiment was undertaken at the rally test day by two young apprentice boffins under the guidance of a motor cycle riding mad professor keen to explore the future of rallying as envisaged by those who rule our sport and govern our nation. The idea is for the 'driver' to sit on the rear wing of the autonomous vehicle and drive it using a remote control unit while the socially distancing co-driver runs alongside shouting out the Pace Notes. The idea didn't work. The co-driver simply couldn't synchronise his legs with the car's Launch Control and was too out of puff to keep up the verbal flow of Notes. 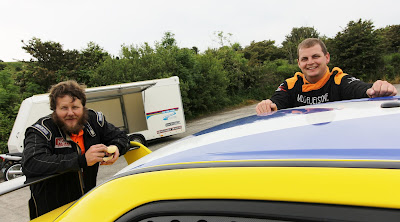