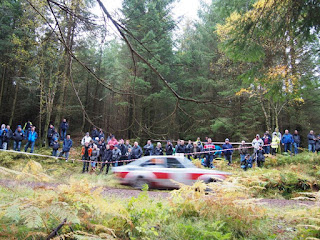 The news that the RSAC Scottish Rally will be a Non Spectator event has caused quite a stooshie as we await news of the more imminent Dunoon Presents Argyll Rally on the 25/26 June.

Although Mull Car Club presently has the backing of local and regional Councils, Police and other authorities, there is no guarantee that this support will continue due to the ever changing spread of the Covid virus, although the organisers do remain hopeful.

Due to the nomadic nature of the sport of special stage rallying crowd control is a major issue as far as the various authorities are concerned and rally organisers have to be guided not just by professional advice but by any official instructions which may be imposed from on high. 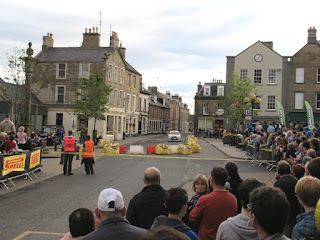 The idea that spectators on rallies should in theory be safer than those in enclosed spaces, halls or stadiums is valid, but permission to hold such an event still remains subject to Government approval. On that basis, fans and spectators should be contacting local MSPs or the current Minister for Public Health, Sport and Wellbeing in the Scottish Government. That is the only legitimate course of action.

Similarly, forest based stage rallies are governed by Forest & Land Scotland and the clue here is in the word 'Scotland'. This is a national body and therefore cannot be expected to declare regional differences in the use of the forest estate, again unless allowed by the Scottish Government. So any individual caught contravening the current rules in one part of the country will have an adverse effect on other regions.

The other issue is that the event has attracted crews from all around the country with different geographical areas being subject to different restrictions which further complicates the decision making process.

On the plus side, Dunoon and the county of Argyll need this potential tourist boost.

For the moment, the sport is stuck between a rock and hard place until the various authorities say otherwise.

All we can do in the meantime is keep an eye on the Argyll Rally Facebook page and Twitter at @ArgyllRally - and perhaps also on this page!
Posted by John Fife at 17:19