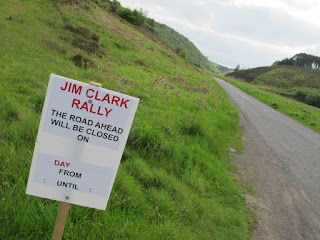 A little something to do. It seems like years since the forests fell silent and the roads emptied, except for passing tractors and fleets of parcel delivery vans. Meanwhile arrows, stage boards and road closure signs are gathering dust in car club storage units around the country. Marshals vests are turning mouldy in understairs cupboards and the only signs of life inside silent rally cars are spiders weaving their untroubled webs. Even the midges in Argyll and Glentrool are wondering where their next meal is coming from.

Whereas other sports are beginning to show signs of returning life rallying remains outcast on the fringes of awareness, stuck well down on the list of banned activities. That's down to the 'single occupancy inside a car' rule. Two folks sharing the same cocooned air space for sporting use is unacceptable. So be it, who are we to argue with those who make the rules - but don't necessarily follow them? Such is life.

And yet we could all be doing something constructive. A minor thing individually, but collectively generating much greater impact and authority.

Wales has lost its World Rally Championship counter, so there's no point in trying to 'save' it. It's gone. There is no turning back. The Welsh government is not prepared to back it any more for a variety of reasons, but across the water another band of diligent enthusiasts are hard at work with promising local government support.

Nowhere in the UK does rallying enjoy a higher public profile than Northern Ireland - and the Emerald Isle. It would appear from efforts already underway that there is also strong political support for Northern Ireland to host a UK round of the World Rally Championship. 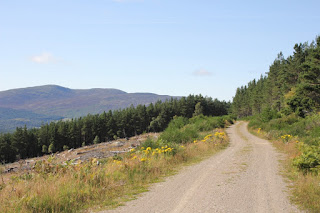 It's unthinkable that the UK will not have a round in the foreseeable future. The French may claim to have invented rallying with the first Monte Carlo Rally of 1911 before the Swedes and Finns took it 'off-road' in the 1950s, but the Brits have been right there every step of the way ever since the first automotive combustion chamber sparked an internal explosion.

Mind you there is another historic version of the introduction of the noble sport of rallying. Researched and written by the Laird o' Castle Bunnet himself no less, it's quite an extensive document if you haven't read it already - and it's all perfectly (nearly) true! The full tale was told last year:

But back to the appeal. To perpetuate our sport, stake our claim and widen its public awareness we need a WRC counter in the UK, and if there is a way forward across the water then we should all get behind their efforts.

However, the politicians need to be convinced that this is a 'good idea' and given the recent restrictions and upheaval caused by Covid19 they need some additional reassurance that their investment in backing this proposal will pay dividends. They know the event will attract thousands of fans but they would like to try and get an idea of just how many thousands so that they can be fed, watered, and accommodated. To that end they are asking would-be fans to complete an on-line survey so they can attempt to gauge demand.

The survey will only take a couple of minutes to complete, but it is essential to convince the politicians that an investment of this nature will pay off. Given the strong ferry (and air) links between Wales and Scotland and given the appeal of Irish rallying, a strong celtic invasion is anticipated. Similarly, England's rally following and the country's strong links with Europe (Channel Tunnel) will attract many more furriners to the delights of Northern Ireland.

Those attractions include of course the challenging nature of the area's closed road stages, the pubs, the backdrop provided by the Mourne Mountains, the country pubs, the infectious enthusiasm of the Irish fans, the atmosphere in the Irish pubs, the sheer exuberance of the local Irish crews, the effervescence of the crowds in pubs, the hospitality of hotels and B&Bs and the hospitality of landlords and innkeepers. Oh, and there's a wide variety of food with local ingredients to be tasted and savoured as well, like fish and chips, pie and chips, steak and chips, roast potatoes and chips whilst the import restrictions of haggis will be relaxed for the week to ensure a plentiful supply of haggis and chips for their more northern cousins. Other diets and tastes will be catered for.

One  thing's for sure, the WRC won't have seen a party like it.

So please, if you would visit a WRC round in Northern Ireland, fill in the survey, and if you've never been, you don't know what you're missing, so here's your chance to make a difference. And just one more thing. There will be a prize draw for some of the lucky participants. So, go to it, please.