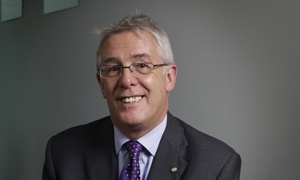 The name will probably mean little, if anything, to most rally fans but to those in the know, Steve Kitson was, and still is, one of the good guys, but he is now retiring. Yet another chapter in the history of British motor sport coming to an end - but he made a difference.

He has just retired this week from his position as Director of Corporate Communications at Kia Motors (UK) Ltd after 26 years with Kia and other Hyundai Motor Group brands.

He joined Kia in 1999 as Director of International PR at the Hyundai Motor global head office in Seoul and after 3 years in the role was appointed Marketing and PR manager at the Hyundai World Rally Team. Then came another move in 2004 when he moved to Kia's UK HQ in Surrey as Director of Press & PR. Prior to all that he was  a journalist - a proper one, before joining the automotive industry, first with National Breakdown and then spent four years with Renault's UK PR team before moving to Kia.

During his time at Kia he has helped the brand become a mainstream competitor, with sales growing from fewer than 25,000 cars sold a year in the UK to just short of 100,000 in 2019.

The Hyundai Castrol World Rally Team, as it was then, was also making its first tentative foray into rallying. It was run by Steve Whitehead at MSD (Motor Sport Developments) but with Steve now on board, MSD gained some additional and influential manufacturer support.

Jim McRae was entrusted with the Hyundai Accent Group A car on the 1997 Lombard RAC Rally (finishing 2nd in class). This was Hyundai's first entry into international motorsport events outside the Far East, before son Alister assumed full time WRC duties with the Accent the following year, but Alister had already spent a full season in Asia and China in 1996 with the Hyundai Coupe Kit Car following a couple of outings the year before.

The new Accent WRC machine debuted on the 2000 Swedish Rally and achieved its first top-ten result on Rally Argentina where Alister McRae and Kenneth Eriksson finished seventh and eighth. 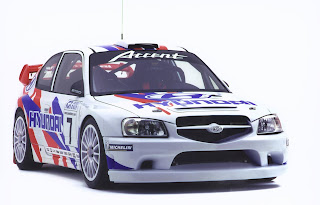 Although the team made huge improvements over the next few seasons, their rivals were making bigger improvements with bigger budgets and Hyundai took the decision to withdraw and regroup, fully intent on making a comeback. In 2014 they did just that with the exciting new and very competitive Hyundai i20. And the rest as they say is history.

Meanwhile Steve was busy building the brand here in Britain, from a little known budget brand selling value cars at low prices to become the eighth biggest brand in the UK, and all the while keeping an eye on the company's motor sport involvement. Thanks Steve.

He won't be idle in retirement though, commenting: "Now I will finally get round to completing the renovation of my LHD Triumph TR6 so that my wife and I can take it touring across Europe – though I will of course still be driving a Kia in the UK!”

So if you come across a LHD TR6 on a Historic Rally on a future UK event and there is a big grin plastered across the face of the white haired driver, then stop and have  a word. He was, and is, one of the good guys.