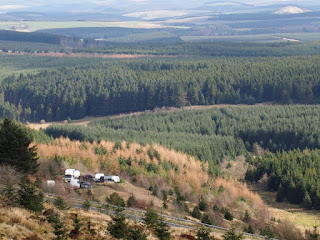 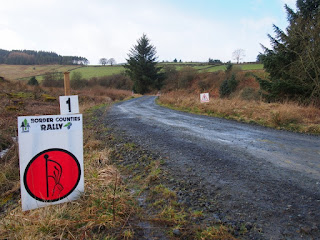 Sunshine and showers greeted the ten cars which turned up for this morning’s 2nd Test session (4 attended yesterday afternoon) in the north end of Kielder Forest. The 3.5 mile stage was quite quick and twisty although it did cut up towards the end of the session. Even so, for those who turned up, it proved beneficial.

Linzi Henderson had her first run out in her new 1 litre Fiesta R2. It’s left hand drive, but that’s not a problem for Linzi. According to Dad, Walter: “She learned to drive on a tractor. She started off sitting in the middle so shifting to either side isn’t a problem.” Well, you can’t argue with the logic of that, eh?

Ernie Lee has a new gearbox in the BMW. It’s a ‘close ratio’ M3 unit and makes the car easier to drive: “I wasn’t man enough to use 5th in the old ‘box,” said Ernie, “so I just used four gears, but in this new ‘box, 5th is like the old fourth so it’s made quite a difference.

Ian Milne was trying out the Mk2 with its rebuilt engine, but both he and Ernie picked up a puncture during the morning.

Kevin Crawford has a new car and a new co-driver but there was an additional reason to be thankful for the test. The Lancer broke a driveshaft this morning so there was plenty of time to fix it ahead of the rally.

Peter Taylor was having his first taste of gravel since last year’s Pirelli so put the Fiesta through its paces this morning along with Garry Pearson in his Fiesta, Michael Binnie in the Lancer, Bob Adamson in the Skoda although Mark McCulloch had a bit of a woopsie in the Fiesta on his final run which will give the boys something to do this afternoon ahead of Scrutineering in Jedburgh.

And one more thing, don’t be fooled by the blue sky. At one point it was nearly dark as a sleet shower blew in down the valley, but thankfully kept going and blew out the other side. 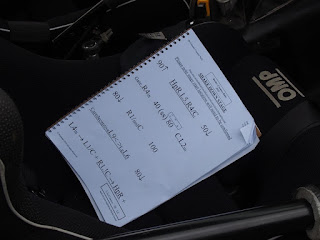 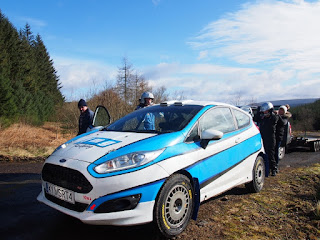 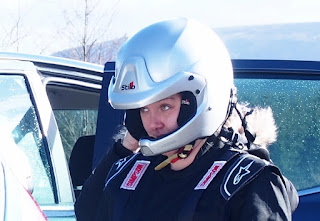 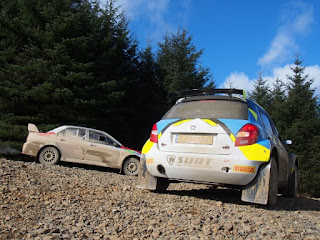 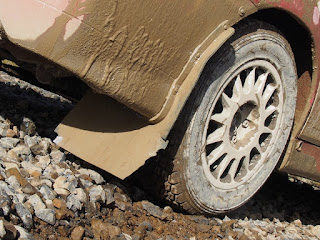