Snowflake - Lost in the Lammermuirs 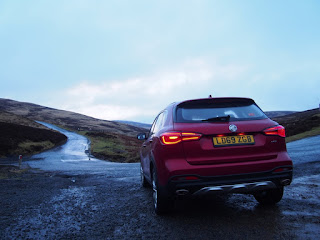 My big pal Jaggy was in Duns last weekend. He was attending one of the regular Jim Clark Rally organisers meetings. If anyone is still in any doubt about the effort required to organise a closed road rally then the numbers speak for themselves. There were 19 officials around the table and 12 apologies from those unable to attend although their progress had been noted. That’s over 30 folk with specific responsibilities.

Anyway, after the nearly 3 hour meeting, the big chap headed for home, but instead of taking the main road, decided to take the tourist route over the Lammermuirs. Good choice. Then the SatNav screen went blank!

Undaunted, and possessed of an uncanny natural sense of direction, plus years of experience garnered in navigational rallying, he carried on. Using signposts instead of listening to the strident instructions of a plummy burd or an insistent annoying posh bloke, the big lad headed for Longformacus, Gifford and on into Dalkeith. 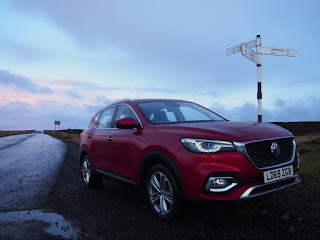 It was only 20 miles across the moors but it was as empty as a Brexit promise. Frequent wreaths of mist were accompanied by sleet and rain showers. It was as bleak as Sherlock Holmes’ search for the Hound of the Baskervilles. The only signs of life were the sodden woolly blobs of bedraggled sheep dotted about the dark heather mottled landscape looking like dandruff sprinkled over a bad haircut. The wet tarmac road ahead glittered like dull twisted chrome winding over the moors. And then the phone signal was lost.

Which made him wonder how the current 'snowflake' generation would fare when things go wrong. Technology is a wonderful thing when all is well and working, but when it crashes, we are lost. It’s one thing losing SatNav but just suppose someone is travelling in an autonomous car. Lovely as the Lammermuir Hills are, they can be as malevolent as a starving bear in a pie shop.

The technophobes will tell us such a blackout couldn't happen. The boffins also tell us that autonomous cars will be safer on the roads than humans. I beg to differ. All it would take is one unscrupulous or disgruntled employee deep in the bowels of Huawei HQ on t'other side of the Great Wall to flick a switch and an array of satellites up there in the heavens would suddenly become dark. Autonomous  vehicles would stop in their tracks, information screens would blank out and robots would suspend their labours. And not even the swish of a wind turbine could provide solace and comfort. Scary, eh?

Even more worrisome is the thought that Donald Trump might just be right after all. Now that's really scary, eh?
Posted by John Fife at 15:12