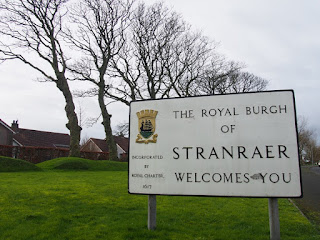 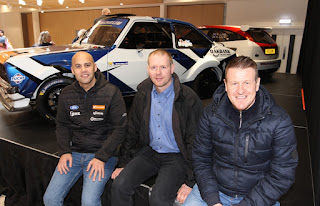 Machars Car Club have embarked on  an ambitious new adventure. They are proposing to run Scotland's newest closed road rally on Saturday July 25th later this year. Plans for the 'Coast to Coast Rally' were revealed earlier today at an official launch in Stranraer.

Based in Stranraer, the event will, feature three loops of three stages with central servicing in the town right beside the harbour - which beggars the thought, will they chuck the winners in the watter like they do at Monte Carlo?

The organisers have been greatly helped and encouraged by Dumfries & Galloway Council, the local community councils, Stranraer Development Trust and of course, the Polis. They have also identified at least three, and hopefully a fourth, spectator areas to accommodate the anticipated large influx of rally fans keen to see the action on what the south west roads have to offer. They won't be disappointed!

More information will be released in due course.
Posted by John Fife at 19:43