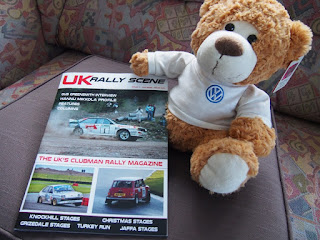 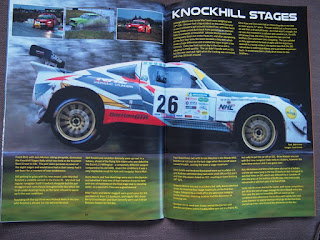 The latest issue of the new 'UK Rally Scene' magazine is out and available now. This month coverage includes reports from the Christmas and Knockhill Stages, Grizedale and the 'Turkey Run' - no, not the middle east counter in the World Rally Championship, this 'Turkey' is near Ballykelly in Northern Ireland.

There are also features on some of the sport's luminaries such as a chap called Mikkola, rising star Gus Greensmith and a bloke called Iain (aka James) Wilson.  There's also a feature by the 2019 Scottish Tarmack Rally Champion Co-driver on her first attempt at the Roger Albert Clark Rally.

Intriguingly, there is an item on the best looking rally car as judged by various well known rally drivers, but of course, they are all wrong. The best looking, and sounding, rally car ever was the Austin Healey 3000. It would make the hairs on a bald head bristle. So there!

On a more controversial note, Jamie Edwards will need to adopt a low profile next time he sets foot over the border. In his column he refers to 'regional' rally championships such as the " Scottish, Welsh, etc". Oh dear! That's fighting talk where such championships are fiercely regarded by their proponents as 'National'!

Order your copy now on Ebay or look for Bob at the rallies. It's only a fiver for 52 colourful and informative pages. 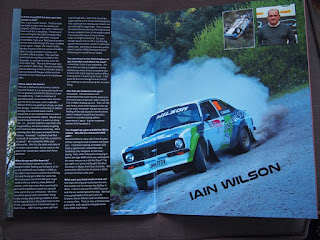 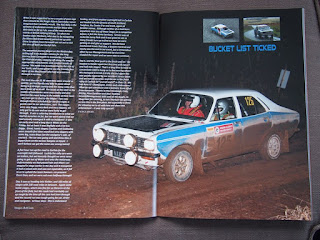