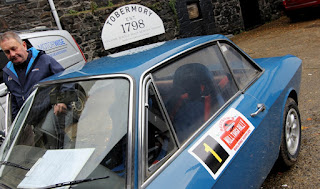 Entries for the Mull Hire Classic Rally on the Isle of Mull on Saturday the 14th of March close on 28th February. That gives anyone not yet entered a week to get their act together - like a certain 'garageista' in Larkhall (part of the Coltness Bears contingent) who is still threatening to prep (i.e. get it MOT'd and taxed) a 2004 BMW 318 which he just happens to have in stock!

There's a Scrutineering session on the Friday evening, but for the better organised the rally could be done in a day provided you get the first ferry out (Oban or Fishnish) and last ferry back (Lochaline). There will also be a Saturday scroot session before the 10.00 am rally start. First car home is expected around 4pm but that's only for those who don't get lost or waylaid!

This 'Targa' style  event is open to any vehicle that complies with either Section R.18 or Section R.19 of the Motorsport UK Technical Regulations.

The 100 mile route will include up to 3 Regularities (on private or public roads) and up to 14 timed special tests totalling approx 11 miles on private land. The minimum entry has already been exceeded although there's still plenty of room for more cars and folk to take part. 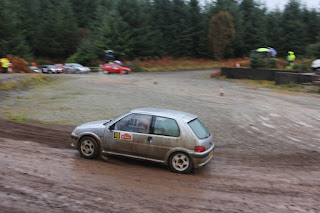 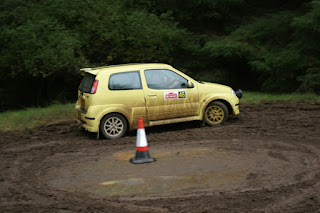 However it would appear that one intending crew will be comprised of three folk. This is allowed In Targa Rallies where up to four people can crew one car provided there is indeed four seats - and safety belts for all occupants. Naturally this does not apply to Mazda MX5s or their ilk.

Taking advantage of this generous competition rule, said Bears seems to think there is safety in numbers and they are contemplating a third member. Whether this is for additional mental input or ballast, one is not sure. Considering the fact that neither driver nor navigator can count or know their left from their right, this could be considered a wise move, but knowing who the third member is likely to be there would appear to be less room for improvement and more scope for argument. It's a pity, but in-car cameras and recording devices are not allowed!

Other than that, this is rallying at its simplest. The last time this event was run, Bevan Blacker won the Rally in his Peugeot 106 while Geoff Dean was second in a Suzuki Ignis Sport - which he had bought for 150 quid then drove it from Yorkshire to Mull, competed, finished runner-up, and drove it back to Yorkshire again. And they have the cheek to call us Scots thrifty! Now there's a challenge for anyone out there, eh?


https://www.facebook.com/MullClassicRally/
Posted by John Fife at 14:39