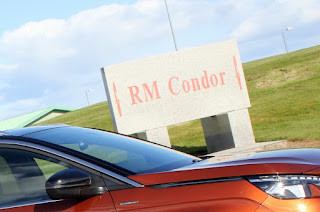 You may have noticed a familiar name in the Calendar of Events just published in the on-line mag, It would appear that over the past few months the team at Condor Motor Sports Club have been awfy busy. Last used a s a tarmac rally venue some 15 or 16 years back, the club has gained permission for the former airfield at Milltown,. just to the north of Elgin, to once again echo to the sound of rally cars as opposed to aero engines.

Milltown was closed to flying in 1977 (retained by the RAF for signals use) although there continued to be some light aircraft use, but the whole site was still in good nick in the early 2000's. That was because although the original airfield was developed during the second world war it was never used for operational flights. Apparently it was originally created as a decoy to draw attention away from the nearby RAF Lossiemouth site which was heavily used during the second World War for North Sea operations.

Of course RAF Lossiemouth is still very much in operational use today as one of the UK's Quick Reaction Alert (QRA) Force bases which is often called in to action when the Ruskies start nosing about overhead. On that basis it would be unwise to let rally cars loose on the site as they might well be used for target practice!

With three runways on site plus an array of perimeter roads, Milltown is huge and an ideal site for a single venue rally. Indeed in its latter days of rally use the organisers managed to stage a weekend of rallying with two separate events, one each on Saturday and Sunday.

The Condor MSC lads and lassies haven't stopped at that either and are currently working on an 'alternative' rally championship aimed more at the budget conscious clubman than the ambitious national competitor.

The 'Back to Roots 2 Wheel Drive Tarmack Championship' (BR2TC) will primarily cater for two wheel drive cars and only certain modifications will be allowed, for instance no sequential gearboxes and engines/gearboxes located in original positions.

Regulations and Entry forms have been published but the club's website appears to be down at the moment so details cannot be accessed at present- perhaps the site has been overwhelmed with interest!

Meanwhile news and information will be published on their Facebook page so keep an eye out for that and I'll post more news here when I get it: 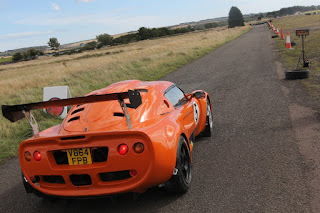