Rally - And so it begins

The 2020 Calendar of Events has been published in the on-line mag (see link below). As usual, it's not just rallies, it also includes other events in Scotland which may or may not be of interest, or maybe just give you another excuse to get out of the house at a weekend when there are no rallies on! Additional events will be added during the season as more dates are confirmed, so keep an eye on it.

What regular competitors and fans will notice immediately is that some championship dates look a bit close. For those planning a season and working out a budget this is far from helpful, but unfortunately unavoidable in some cases.

There are an awful lot of critics out there who have never organised an event or even been part of a rally organising team so have little actual experience of what's involved. From personal experience, the biggest surprise is that there are still such folk in the first place willing to give up time, expend the effort and often at personal financial cost to provide the events that many simply take for granted.

Forest rallies and closed road events create the biggest demand on time and effort. Not only has a route to be found but the necessary facilities too, for Rally HQ and for service areas and trailer parks. Given the fact that most stage rallies take place in rural locations, finding such facilities which are big enough and have suitable dates are a big problem. And then there is the process of getting the necessary permission to have these facilities used by rallyists, no easy task there either.

Finding stages are no easier. Sourcing little used public roads which cause the least convenience to local folks while providing a challenge for drivers is hardly simple. In the same way, accessing suitable forest roads is entirely dependent on availability and dates. Forestry and Land Scotland (to give the old FC its new name!) only permit certain routes in a limited number of forests and then only on dates which suit them whether for reasons of harvesting, planting, maintenance or being used by other events.

Even when a route has been identified and permission gained, plans can change, often with little notice. For instance, I got a call from the Route Co-ordinator for this year's RSAC Scottish Rally in June at Moffat. Not just any RSAC Scottish Rally - this year's event will mark the 75th running of Scotland's longest established competitive car rally. 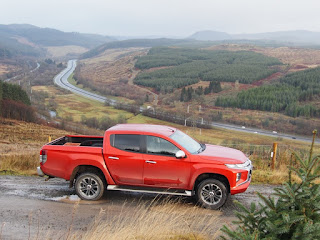 They already had a route mapped out but wanted to see what condition the roads were in after the R.A.C. Rally has passed through last November. It just so happened that I had a Mitsubishi L200 on press appraisal. Ideal!

Four of the five proposed stages were fine but parts of the fifth test were in a terrible state. It's a good job we were in the Mitsubishi, a 'normal' road car wouldn't have made it through the first two and half miles of forest road. The gloopy, slippery mud was one thing, but the deep ruts and serious pot holes would have grounded a saloon car within yards. Nothing to do with the rally, but some heavy machinery has been, and still is, in the forest since the rally went through. 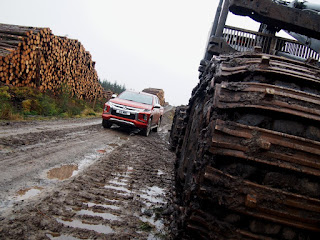 So what to do? Hope the harvesting will be finished and roads repaired in time? Or look for another forest nearby? That will require another day's recce and subsequent changes to the route book and rally timetable.

Adding to the organisers' problems, one of the biggest hotels in the town just went bust at Christmas so reducing accommodation for visitors at a particularly busy time of year!

And that's just one event in the calendar. Every other event organiser will face similar trials and tribulations as they go about their season. The trouble is there are fewer volunteers, most of them are getting older (!), regulations are increasing, suitable local facilities are becoming more difficult to find and permissions harder to obtain.

And then there is the question of Marshals. More volunteers are needed per event (as new safety Regs demand) and it will hard to persuade some of these stalwarts to turn out nearly every weekend officiating at stage, targa and navigational rallies, race meetings, sprints, hillclimbs and autosolos. 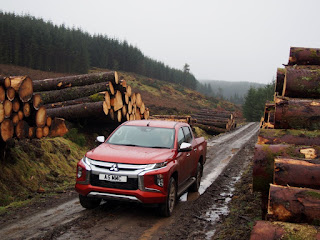