It's the way he tells them

When the weather's dreich and we're all living in strange times, a little bit of laughter helps the world go round, so the mad magician (aka Carry on Doctor) entertained the troops at Stark Motorsport last weekend with an impromptu comedy routine. 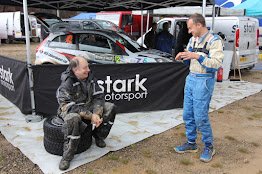 Apparently, for best effect, the funny story should be delivered in a deadpan fashion with the punchline being accompanied by a wave of the hands while uttering "Just like that" - which also works better in a gruff voice with a tinge of lunatic laughter.

To make the joke appear funnier, the performer should also chortle enthusiastically at the conclusion before making his escape.

Even so, this appeared to go down well as the Crew Chief collapsed on to a pile of tyres and the support crew were left helpless with laughter on the floor.

On the other hand I don't think an invitation to 'Live at the Apollo' is to be expected any time soon.

Note: The joke cannot be repeated here for Health & Safety reasons as it may cause innocent readers to collapse with laughter in the street, at work or at home. Given the effect at the weekend, one would have to ensure the audience was already sitting down and perhaps even strapped in! 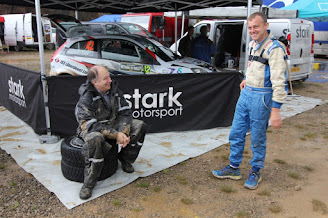 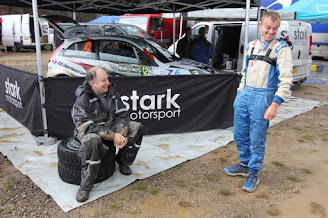 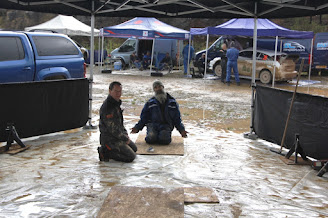