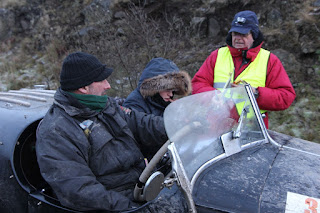 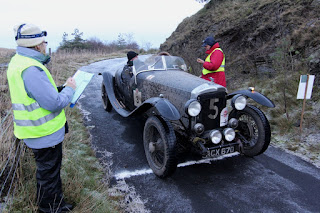 Apparently 51 cars and crews, out of an entry of 71, made it to the finish of last weekend's Land's End to John O'Groats rally. After 1500 miles which included 16 Tests and 31 Regularity Sections in four days (and nights!) the survivors finally made it to the northern most tip of mainland Scotland having endured high winds, driving rain and thick mist plus some frost and ice when they crossed the border into Scotland.


In the pursuit of speed, thrills and danger, some motor sporting events are often overlooked by enthusiasts, especially classic, vintage and veteran events for cars of a certain age and crews of indeterminate age.


There is fun to be had, even in endurance events and we shouldn't under-rate the appeal and difficulty of events such as LeJog which has rightfully earned its reputation as Europe’s toughest classic car rally.


Although the spectacle of such events lacks the speed and glamour of modern rallies, the sight of classic cars on classic suspension heeling over on corners and the unmistakable sounds of ancient technology provides both a visual and aural treat to jaded senses.


Next time there is such an eevent passing through your area, just make a point of having a look and a listen, and maybe even taking part.


A few such foolhardy souls braved the elements atop the hill at Forrestburn Hillclimb last Monday afternoon and evening as the historic motorcade passed through. The ground was white and the grass was crisp and brittle underfoot. Even the Arrival Control had to be re-routed as there was ice on the uphill approach to the Hillclimb Paddock. Crikey, you couldn't even walk up it, let alone drive.


But what a grand night. Under the star-glazed skies, the frost glinting in the headlamps and officials' breath hanging in the air, while spectators shivered and froze high on the high embankment overlooking the final bend. 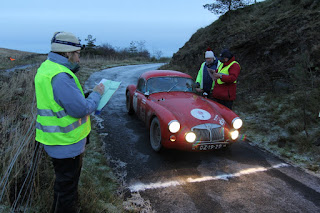 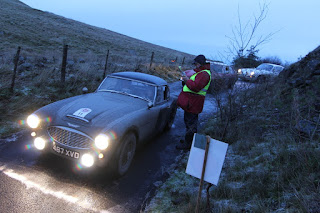 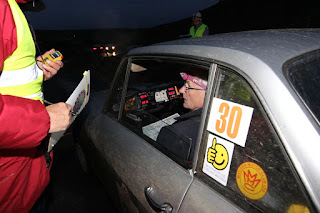 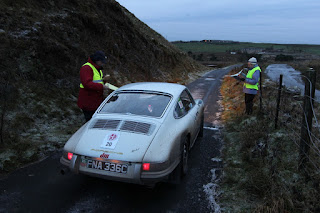 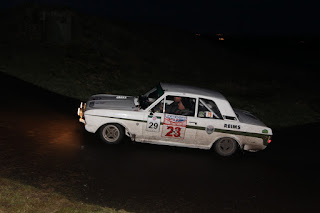 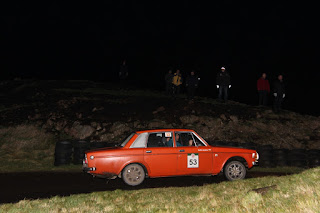 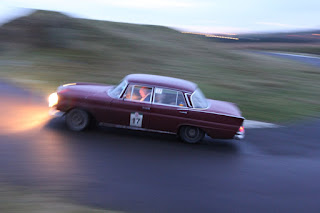