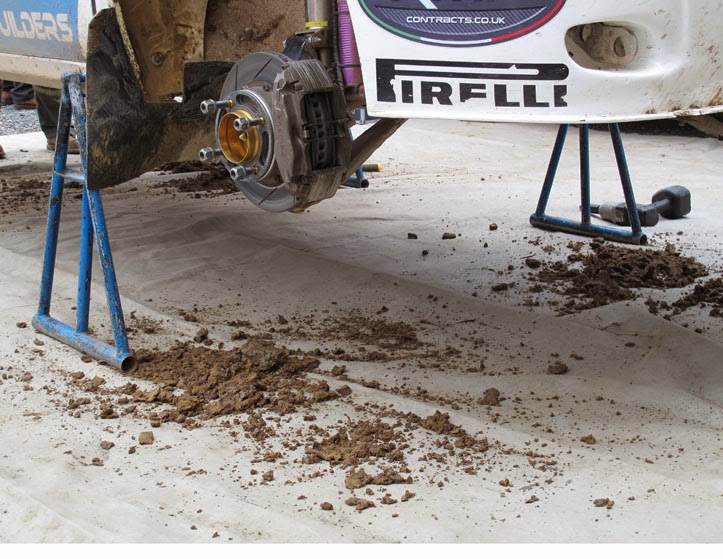 Now I really didn't want to do this. I wanted to play it down, but folk are getting worried. Following several requests for updates from concerned spectators at last weekend's Solway Coast, it has been suggested that any news of recent sightings of Elephantus Scoticus should be reported for the public good.

Once confined to the Mull of Kintyre, it would appear that a number of creatures (see earlier reports from 7 and 8 July) have waded across the Crinan Canal at Ardrishaig and are now on the mainland proper.

Without wishing to spread fear and panic amongst the native population, perhaps it is better to be aware and be prepared, as it would appear that a small number of the native Kintyre species have reached the outskirts of Elgin and Huntly in the north east. 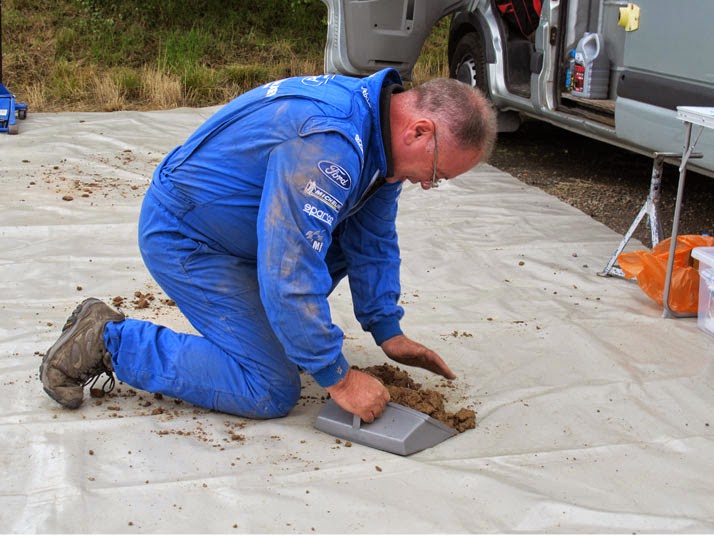 The attached photographs taken at Huntly Auction Mart during the Speyside Rally may not provide conclusive proof, but service crews were spotted having to clear up suspiciously large clumps of 'droppings' during the day. Indeed some enterprising service crews were carefully gathering the material for sale to visiting Dutch tourists as a rough-cut, roll your own mix.

If further proof is required look no farther than the local rose growers who are reporting record sized blooms and foliage in their ornamental beds as well as trampled trellises and flattened garden gates.

No sightings from the south west or east have yet been reported much to the relief of those at Solway yesterday. However, given the ability of these animals to 'walk 500 miles, and 500 more', it is best to be on your guard. The tell-tale signs include big piles of strawmuck, round pot-holes on roads, large puddles of yellow water and missing bales of hay.

For peace of mind, it might also be wise to invest in a guard mouse (Latin name: weesleekit cowrintimrous beasticus) to protect your property.
Posted by John Fife at 20:34