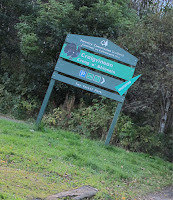 Earlier today, Coltness Car Club issued a statement ahead of this weekend’s scheduled meeting of the constituent clubs and management committee of the Scottish Rally Championship. The organisers of the Colin McRae Forest Rally have decided not to press ahead with plans for a 2016 event. The club will be represented at this meeting, but there is a note of quiet resolve in the air.

Last month the Scottish Championship declared they were planning an 8 round championship next year, but with the loss of the Merrick and now the McRae plus the ongoing uncertainty over British Rally Championship plans, the future of Scottish multi-venue rallying is looking distinctly worrisome.

Of the 7 forest rallies which actually ran this year, only three had ‘financially healthy’ entry numbers, the other four were on shakey ground.

Last week, SRC Comp Rep Susan Shanks asked all Championship registered crews to fill in and submit their end of season Questionnaire. I would urge those who haven’t down so to please do it now and submit it. A poor response (like the special meeting called last month!) is hardly going to inspire confidence in the other organising teams.

This decision is not entirely unexpected. Events running later in a championship season always seem to struggle to attract entries compared to those running earlier in the year. That is complicated by the north/south divide in Scotland whereby those events in the north always seem to be better attended than those in the south. In other words, there is no easy answer to this dilemma.

If competitors are concerned, they have every right to be. Once lost, it is very much harder to re-introduce a rally. Contacts are lost, organisers move on, skills become rusty and the desire becomes blunted. It will be interesting to see what comes out of Saturday’s meeting.

The full text of the CCC Statement is as follows:

Coltness Car Club has decided to withdraw from the 2016 Scottish Rally Championship. The Lanarkshire based club will not organise and promote the Colin McRae Forest Rally next year.

This follows on from the cancellation of last month’s event which failed to attract sufficient numbers of competitors to make the event viable.

As the Organising Team stated: “That was only part of the reason for this latest decision. In many ways, the enjoyment has gone out of organising a rally. As an amateur car club we all go rallying for pleasure, and under the new rules being introduced next year, much of the fun has gone out of it. What used to consist of friendly club gatherings and days out in the woods staking and arrowing has been replaced by a more structured and standardised system of rally organisation that detracts from the unique personality of each individual rally. That’s not to say this is not a good thing, it’s just not for us.”

This reluctant decision brings to an end over 20 years of forest rallying from the Tweed Valley and Dumfries-shire to the more recent Perth and Aberfeldy locations. “Throughout the past 21 years we have enjoyed the support and camaraderie of many clubs and organisations and more recently built up excellent working relationships with Perth & Kinross District Council and Police Scotland in Tayside. We also had many good friends in the local business community and the Forestry Commission who have been supportive and helpful.”

“However, the major difficulty is one of distance. As a Lanarkshire based club there are no suitable forests nearby to go rallying and we are always dependent on what is available and usable elsewhere. That choice is becoming more restrictive each year and we are having to travel further and spend more time on planning and preparing rally routes. So perhaps we should take some time out to think carefully about the future direction of the club,” concluded the Team.

Founded in 1954, the club has no intention of disappearing. It has a healthy social calendar, with members meeting twice a month, and an active ‘grass test’ series of events aimed at newcomers and the budget conscious. Plans going forward may include a small event next year and a bigger event in 2017. This will coincide with the tenth anniversary of the loss of former club member and McRae Rally founder, Colin McRae.

Over the past 62 years Coltness Car Club has organised many events from speed hillclimbs to stage rallies, autotests to navigational rallies and has assisted many other amateur car clubs throughout the country with the provision of manpower and marshals – not to mention robust banter! It has also helped to produce and promote many of the top club rally drivers and co-drivers in Scotland, plus many Scottish and British rally champions, and of course, two World Champions. That work ethic and sporting interest still remains at the heart of the club, but new challenges are now being sought.

As long as there is motor sporting fun to be had, the Coltness Car Club ‘Bears’ will be in the thick of it. Central to that belief will be the unofficial club ‘motto’ expressed by their most famous club member who inspiringly said: “We’re here for a good time, not a long time.”